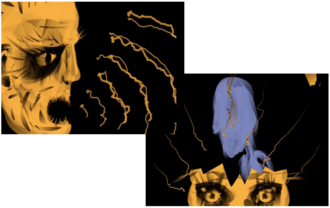 Learning about the latest findings in psychoacoustics and how they are implemented in audiovisual (AV) media by professional sounddesigners.

Engineering a soundtrack creates something new, which is more than the mere addition of visual cognition and auditive perception. By seeing and hearing AV-Media our brain connects us to our emotions, expectations and hopes, which we might have experienced in our personal past. These brain activities release a fascination using AV-media (i.e. film, TV, video etc.): Without being aware of it, we are "re-living" our former emotions again.

This Summer School programme aims to assist media professionals to learn more about their recipients in order to give future AV-productions more impact in a psychoacoustical context.
In the download section in the right column on this page can be found the registration form and a flyer with more information about the summer school.

Professor Dipl.-Ing. Maximilian Kock holds a professorship in psycho acoustics, audio production, music theory and sound design. He has been lecturing in the bachelor and master degree programmes of media production and media technology at OTH Amberg-Weiden since 2008. From 1994 to 2008 he has been the head of audio design and music at ProSiebenSat.1 Media AG in Munich, a national German TV-network.
He studied audiovisual engineering and piano and worked for media companies like Deutschlandfunk (Cologne), Westdeutscher Rundfunk (Cologne), Radio NRW (Oberhausen) and Rockamerica (New York City).

Students of media production and media technology, editors, editorial journalists, (sound) designers, media producers, advertisers, media agencies; anyone in charge of audiovisual mediaproduction and keen to learn more about the relationship between visual and auditive perception and processing in the human brain.

10 am: The psychology of our hearing system
2 pm: The functional levels of sounddesign
5 pm: Supporting programme (optional)

10 am: Producers talk: watching and discussing a movie with a film producer
2 pm: Final evening and farewell